Ken Sheldon is a novelist, composer, playwright and performer. Formerly the West Coast bureau chief for Byte Magazine, his writing has appeared in publications ranging from Acoustic Guitar to Yankee Magazine. He writes music for children and adults and created the bestselling Sing Along and Learn series published by Scholastic. His writings appear under his own name, and also as suspense novelist Michael Manley and Yankee humorist Fred Marple. 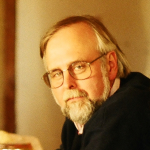 Michael Manley is the pen name of the late Stanley Michael Miastkowski and Kenneth Manley Sheldon. Stan was a search and rescue worker who participated in dozens of rescue and recovery operations, including operations following the September 11 attacks in New York. He was a broadcast and print journalist for nearly 35 years, including stints as a columnist for Esquire, PC World and Byte Magazine. Stan passed away in 2009.